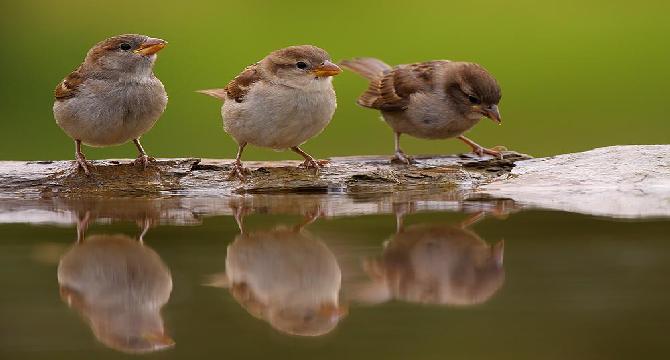 information about the life of william shakespeare is often open to doubt.some even doubt whether he wrote all plays ascribed to him.from the best available sources it seems william shakespeare was born in stratford on about april 23rd 1564. His father william was a successful local businessman and his mother mary was the daughter of a landowner. Relatively prosperous it is likely the family paid for williams education although there is no evidence he attended university.
In 1582 william aged only 18 married an older woman named Anne hathaway. soon after they had their first daughter susanna. they had another two children but williams only son hamnet died aged only 11.

After his marriage information about the life of shakespeare is sketchy but it seems he spent most of his time in london writing and performing in his plays.

William Shakespeare is one of the best play writers of his age and the modern one. I love his plays. Romeo and Juliet is one famous one.

nice information about william shakespeare. we hope for other personalities and good informations...

WILLIAM SHAKESPEARE IS THE BEST PLAY WRITERS THANKS GUYS FOR LIKING AND COMMENTING ON MY POST I HOPE YOU LIKE IT VERY WILL AND I WILL TRY MY BEST TO WRITE THE BEST POST EVER AND YOU PEOPLE LIKE IT THANKS ONCE AGAIN .......

Well Done keep it up.