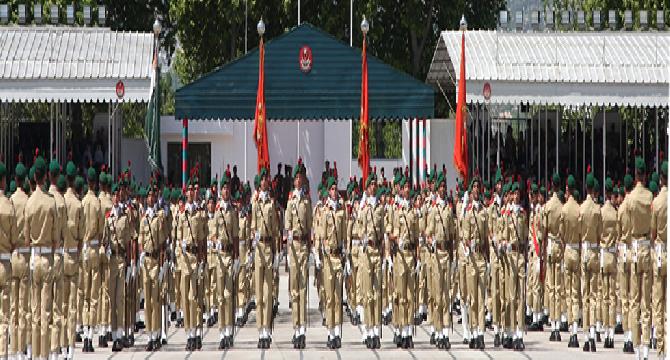 Pak army is best in the world

The Paksitan armed forces(Musal afwaje Pakistan) are the military forces of paksitan.They are the seventh largest in the world in terms of active military personnal.The armed forces comprise of three main inter-services braches.Army,Navy,Air force,and Marines together with the number of parlimentery forces and the strategic plans.Division forces chain of command of the military is organised under the chairmain of joint cheif of staff committee alongside with cheifs of staff of army,navy and the airforce.All of the branches works together during operations and joint mission under the joint staff.
since 1962 the military had has close military relation with china working joint to devolope the J-F seventeen k-18 and other weapons system.

great shafid bhai you are also a one man army. :) we proud to our army. thanks for nice share about pak army.

No doubt Pakistan Army is the best in the world. The most brave and devoted one.

Dear shafid khan what a wonderful topic you chose . you show that you are the real army lover great work keep it up