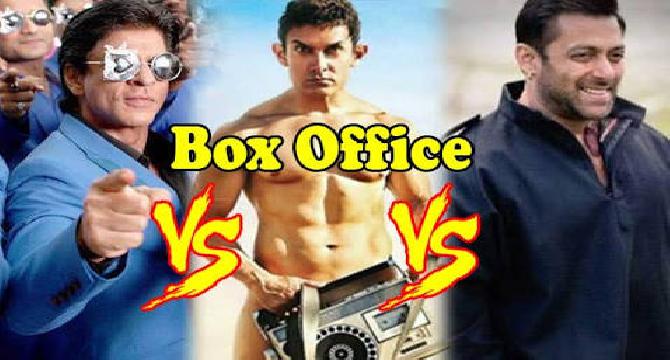 Shahrukh Khan is no more the big star

Hi everybody. It is my first post. So lets start.
If you are a films lover, then you must have knowlegde about boxoffice collections.
As everyone knows that Shahrukh Khan is king of bollywood box office, so he is considered to be the best indian actor.
But in the last few years, two other khan i.e., Salman Khan and Aamir Khan has beaten the Srk.
Salman khan made All Time Blockbuster movies like Bajrangi Bhaijaan and Sultan. On the other hands, Aamir khan also delivered the Blockbusters like PK, Dangal and Dhoom 3.
Aamir's PK is the highest bollywod grosser ever(worldwide) while dangal stands at 2nd position.
But SRK is not showing any performance. His last release, Raees clashed with Kaabil and netted 139 Crores till now which are much less than Aamir's Dangal which netted 385 Crores.
Moreover, Srk's FAN movie also flopped badly. Dilwale was also a lossing affair. Dear Zindagi collected 69 Crores only.
So Salman and Aamir are much better box office heroes than Srk. Share your reviews in comments.

Aamir Khan is a great hero. He is not meant to be beaten by others. He is indeed a great actor of the time.

Stars are Made by Fans not by Box Office