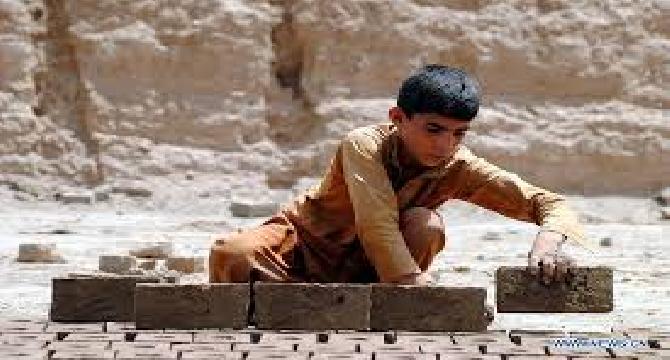 Child Labor is the serious crime all over the world. The UNICEF defines child labor as some type of work performed the children under the age of 18 years. There is a some thing wrong with our country which not only fails to educates all its children but also depends on them to keep its economy afloat. The country is heading back into the dark ages with only a few one receiving education. The number of child laborer in our country is about 12 million.
According to statistics released by federal bureau of statistics last year 3.8 million children in the age group of five to fourteen years are working i our country out of a total of 40 million children 50% of these economically active children are in the average group age of 5 to 9 years.
Even out of these 3.8 million children, 2.7 million were claimed to be working in the agricultural sector. About 2400000(73%) of them were said to be boys.
The Law says that primary education is compulsory for every one, but we all know that actions speak louder than words. The government should supply free books to government schools and should make the level of government schools at par with that of private schools so that condition of equality is exists.
The Government should take notice about the child labor as well and take strict action against responsible so that the future of pakistan becomes safe

yeah you are right waseem abbas but that is not the solution or a way , to take work from the children there are many other possibilities to complete necessaries

Advantages Of Child Labour: "CHILD IS THE FATHER OF THE MAN" . It symbolizes the need of children building a healthy nation and society. Childhood is the first stage after infancy .It is the formative period in men's life. for their minds are very soft, receptive and plastic at this tender age.

Nice Work On One Of The Most Important Topics, Keep It Up Dear, Keep Writing Here.

SO NICE INFORMATION ABOUT THE CHILD LABOUR THAT SO NICE ABOUT THE ACTION AGAINST THE RESPONSIBLE PERSON WHO TAKE THIS ALL AND DON'T FORGET BACK ON MY POST THANKS .....................

nice murtaza ali qureshi you give such a nice information and thinking about child labor.thank you

Dear usama you said that is the need of children so here i ask from you that education is necessary for child or laboring? the reality that is what i understand is to gave a smooth platform of study for children that they can make the bright future of pakistan. If they can do that type laboring than what is the future of our nation?