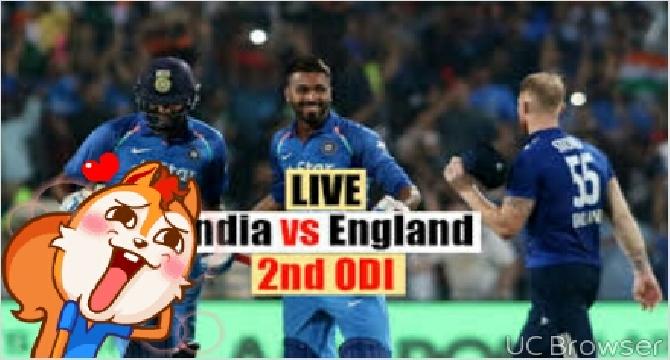 ind vs eng 2nd one day

And that brings up to the end of our coverage of the 2nd ODI between India and England at Cuttack. We hope you enjoyed it, and return on Sunday for the third and final one-dayer in Kolkata. Till then, goodbye!

Yuvraj Singh: Domestic season, I've been hitting the ball really well. I've been working on my fitness, and the results showed today. Me and Mahi understand situations really well, we have played together quite a bit. once we got the partnership and rhythym going, we started attacking at the right time. We were able to play a lot of shots once we got going. We were thinking of 340-350, but with the number of wickets left, we ended up getting 380. I wanted to prove a point to myself. My career has been up and down. I believed in myself, even if there wasn't much belief outside. My diet's been the key, and once you cross the 30s you need to focus on your fitness.

Yuvraj Singh is the Man of the Match for his 150!

Virat Kohli, India captain: We were just talking, where we would have ended up today had the top order fired. That's exactly what we envisioned when we brought Yuvi back into the side, these two getting runs in the middle order. I think 340 would have been chaseable easily. England went hard, as they were chasing a 381-run target. Had we batted second, it would have been a different scenario, as the bowling was getting really hard to execute. You need to get the series in the bag, first and then you can go express yourself. We've got stability in the middle-order with that little guy coming in and blasting a few off. You need intelligent guys in the middle to job for you, and I don't know where we would have been had we not got those wickets in the middle. I wouldn't say we have played our best till now. We still have a game left (in Kolkata)

Eoin Morgan, England captain: Disappointed to get so close and not over the line. We weren't at our best today with the ball, and bowling to Dhoni was difficult at times. The challenge is breaking the partnership earlier. We know how dangerous they can be later. We should a lot of fight. To believe we can chase such a target down. Cuttack's been the best since we've come here.