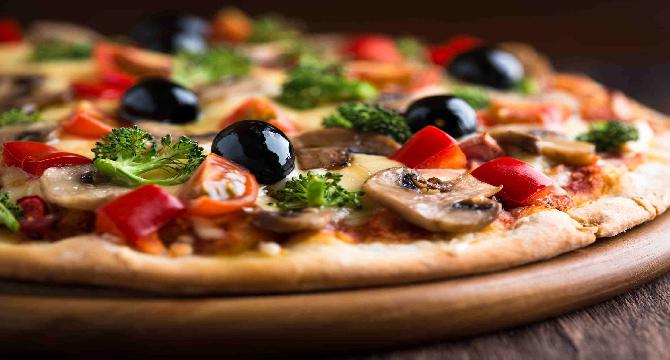 The restaurant chain in BaÃ¯la Italian Pizza opens firing. 5 new stores in 2013, 12 creations planned in 2014, the company participated in the assault of the French provinces.
Historically deployed in Poitou-Charentes in the early 2000s, BaÃ¯la Pizza gives itself the means to exist throughout France.

In an effort to close the territory is divided into 7 major regions, each headed by a supported region pattern of development and running the network.

"To be effective, it was essential to establish a BaÃ¯la Pizza referent within 2 hours drive of each of our franchisees," says Eric OLIVIER president and founder of the brand. "After a year mainly devoted to contacts made with players in commercial real estate and the establishment of a strong organization to fulfill our growth, multi regional deployment BaÃ¯la Pizza is well and officially recorded.

After Vitre (35) in July and Nice (06) in October BaÃ¯la Pizza places his first steps in the Centre and Rhone Alps with successive openings of Saint-Germain-du-Puy (18) Champagne-au-Mont Golden (69) and Meximieux (01).

End of 2014, at 12 additional openings, the network will identify BaÃ¯la Pizza 30 restaurants in France.

Note: In May 2014, the RhÃ´ne-Alpes region will be especially honored with the creation of the first regional Solo restaurant in Roanne (42), an opening in Romans-sur-IsÃ¨re (26) and the creation of an institution Vaise (69).

In the Italian tradition, BaÃ¯la Pizza representing unique universe where conviviality and pleasure of eating well are at the heart of the concept.

Generous supply BaÃ¯la Pizza certainly is. Of insalate (salads) and homemade tiramisu and gelato (ice cream) through the carne (meat) the pesci (fish) pasta (pasta), the pizzas (Pizza) pleasure of eating well and Dolce Vita are indeed the appointment.

No time to sit down? BaÃ¯la Pizza offers a hurry a wide selection of salads, panini, pizza and pasta take away from 4,90 â‚¬.

In BaÃ¯la pizza, pizzas are made with dough and 100% organic tomatoes. The Mozzarella di Buffalone is AOP * Gorgonzola comes from Lombardy and Piedmont. The bambino (- 4 years) eat organic. The "Menu" (10+) start at â‚¬ 11.50.

With or without alcohol, are given the opportunity to discover the best Italian drinks. The glass, carafe, or more typically bottled the wine route through Tuscany, Rome, the Abruzes, Puglia, Veneto, Sicily.