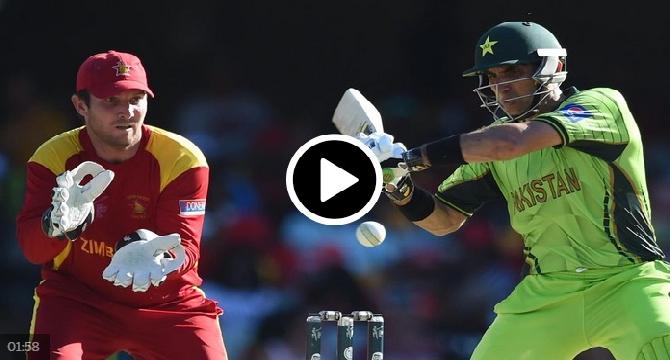 We Had Good News from Australia

Good Morning beautiful friends here on chillkey. As you must Pakistan have got their victory in Cricket World Cup 2015 by beating Zimbabwe by 20 runs on 1st March 2015 in Brisbane Australia.
No need to go further in details of the match as you all know what happened in grounds, who won the toss and how Pakistan took start in their batting, who made most runs and so on. Who was who and what was what.
Two players are very necessary to talk about, one the captain Misbah Ul Haq who really deserves appreciations from cricket fans all around the world and specially from Pakistanis although is is most criticized Pakistani Cricketer on Social Media. He is man of the team never play for himself.
Second Wahab Riaz who is really capable enough to show performances likes this. Really batted well and bowled with heart.
Congrats to you all and to Pakistani Cricket Team as well.