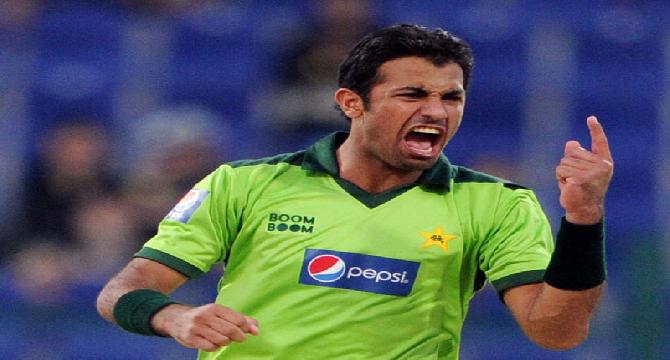 Asslam o Alekum dear friends on chillkey. Wahab is a left arm fast bowler and a right handed batsman. He frequently bowls at speed of around 90 miles and he bowled 155 khz in the recent world cup. World of Cricket know "Wahab Riaz" after his passionate bowling attack against the mighty Aussies. What a classical passionate spell that was although Pakistan have lost the match by dropping the vital catches at vital times. As Rahat Ali dropped a sitter of Shane Watson at long leg, and Sohail Khan also dropped a catch. That was also an easy catch but Sohail made it difficult and at the end dropped.
In my view he should be the next Captain of Pakistan Cricket Team. The passion he has the guts he has the power he has the fighter he is, I would love to see him as a new captain of Pakistan Cricket Team. Sarfaraz Ahamd should be his 2nd for the next many years.
You may differ from me but these two should lead the team.

He is the best and was the only Pakistani bowler fighting for victory. Everyone else had given up. They had dropped catches.