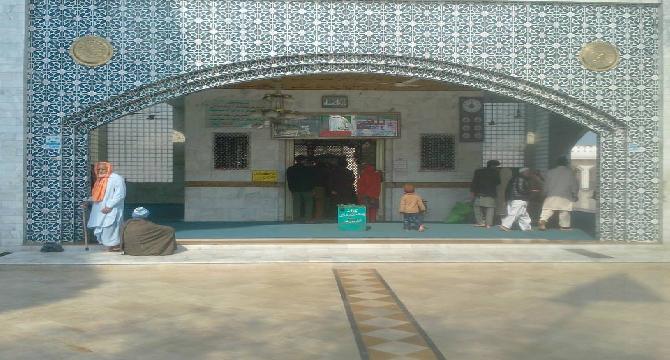 Tomb of Hazrat Baba Bhulleh Shah Sarkar, when ever I went to Kasur city I never miss chance to visit this holy place, the picture is about is taken by me on my last visit to Kasur city.
Here is some information about this Historical and Holy personality, it is to be said He was born in 1680 in Bahawalpur's small town Uch Sharif in Punjab Pakistan. His father was the Imam "who lead the prayer" of the Mosque there. Due to unknown resons his father had to move to Malkwal near Sahiwal . Later when Bulleh Shah was six years old, his family again move to another place in southest Kasur. Bhulleh Shah was schooled by his father. Later he joined Madarssa of Maulana Mohiuddin for religious education. But he received his higher education in Kasur.