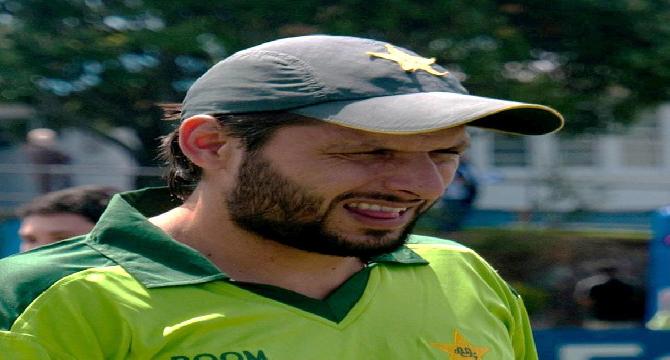 Shahid Afridi (Urdu: Ø´Ø§ÛØ¯Ø¢ÙØ±ÛŒØ¯ÛŒâ€Ž, born Sahibzada Mohammad Shahid Khan Afridi, also popularly known as Boom Boom Afridi, born on 1 March 1980)[2] is a Pakistani cricketer. Between 1996 and 2012, Afridi played 27 Tests, 350 One Day Internationals, and 59 Twenty20 Internationals (T20Is) for the Pakistani national team. He made his ODI debut on 2 October 1996 against Kenya and his Test debut on 22 October 1998 against Australia. Afridi has played more ODI matches than any other Pakistani cricket player.
This is AFRIDI which is not performing in World Cup 2015. wait and see what happens.

I am also worried about this great player. Hope he shows some match winning performance in the upcoming matches.

Is afridi is not retiring from one day Cricket...Lets see waht happens...

good post ...you can write even better than that...keep working