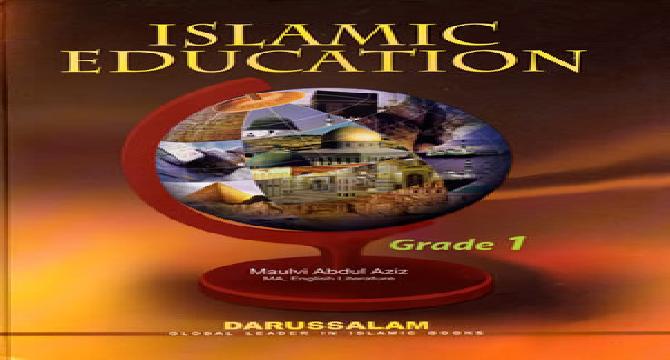 IMPORTANCE OF EDUCATION IN ISLAM

In a society where religion and knowledge in general and science in particular do not go hand in hand, it seems necessary to briefly describe the position of Islam vis-Ã -vis knowledge, Islam, in theory as well as in practice, has always promoted knowledge. Distinctive mark of human beings over the anÂ­gels is knowledge:

The first verses of the Quran began with the word:

The Prophet of Islam (peace be upon him and his progeny) has also emphaÂ­sized the importance of seeking knowlÂ­edge in different ways:

(a) Time: "Seek knowledge from the cradle to the grave."

(b) Place: "Seek knowledge even if it is far as China."

(c) Gender: "Seeking of knowledge is a duty of every Muslim"

(d) Source: "Wisdom is the lost propÂ­erty of the believer, he should take it even if finds it in the mouth of a mushrik."

The Prophet did not only preach about importance of knowledge, he also gave examples of promoting knowledge. In the very first battle between the Muslims and unbelievers or Mecca, known as the war of Badr, the Muslims gain victory and caught seventy kuffars as prisoners of war. One of the criteria of releasing the POWs devised by the Prophet was that those who were literate among the prisÂ­oners could go free if they teach ten MusÂ­lim children how to read and write.

2) What Type of Knowledge?

The Quran has specifically talked about science also:

"In the creation of the heavens and the earth the alternation of the night and the day, in the ships that sail in the sea with their loadâ€¦. in the rain which Allah sends down from the sky and thus revives the earth after its death; and then He spread in all kinds of animals; in the changing of the winds: in the clouds which have been left suspending between the heaven and the earth -in all these are clear signs for the people who understandâ€ (2:164)

The backwardness of the Muslims in last few centuries, as far as education is concerned, is because of the following:

â€¢ The Muslims lost leadership in the field of physical science and technology because of arrogance which led to stagÂ­nation.

â€¢ The invasion by the Mongols, who were barbarians and did not appreciate the value of knowledge: they burned down the most prestigious libraries in Baghdad.

â€¢ In the nineteenth century, when the Muslims attempted to revive the process of education and knowledge in their soÂ­cieties, they naively adapted the western secular system which had completely separated the religious sciences from the secular sciences. (Example of the TurkÂ­ish reformers of the last century and also Egyptian intellectuals of the early twenÂ­tieth century, especially Dr. Taha Husayn in his Mustaqbilu â€˜th-Thaqafah fi Misr. We can also mention Sir Syed Ahmad Khan of India.) The Muslim world is still sufÂ­fering from the dissection between the reÂ­ligious and secular sciences.

This issue goes back to the basic difÂ­ference between the Islamic and ChrisÂ­tian view of knowledge. In Christianity, the Bible relates the fall of man to the sin of stealing the fruit from the tree of knowledge; whereas, in Islam, the Quran describes knowledge as the basis on which the man was given preference over the angels. Even historically, the ChrisÂ­tian church is full of stories about its Inquisitors who censored the works of science and also tortured the scientists if they views were contrary to what the Bible said.

In Muslim history, no such institutionalized censorship or suppresÂ­sion of scientists can be found. In the Muslim world, you find the harmonious combination of the two types of knowlÂ­edge. For example, in the person of Ibn Sina, you had someone who had written al-Isharat on philosophy and metaphysics, and also al-Qanun fiâ€™t-Tibb on mediÂ­cine, a book whose Latin translation was used as a text in western universities till two centuries ago!