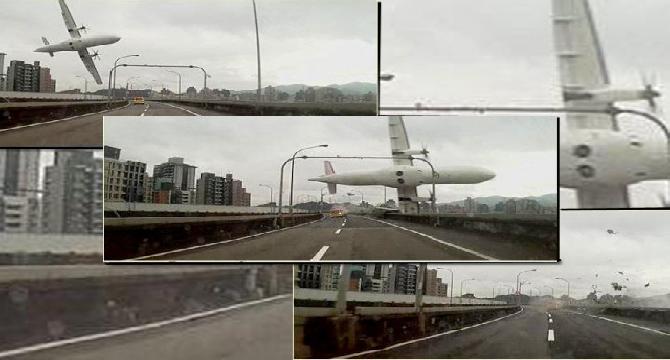 At least 19 killed in plane crash in Taiwan river

So today i heard a very horrifying news that another plane was crashed in Taiwan. The reason for its crash was that one of its engine caught fire as soon as took off from the runway, the pilot informed the control tower about the mishap and then after saving the plane from crashing the buildings it crashed into the river.

I have seen its video by myself and also before hitting the water one of its wings hit with the taxi which was running on its way, but luckily the driver and passengers were saved as the wing hit the front of taxi, but the taxi was badly damaged.

It is a sad news. I wonder why plane crashes are getting more common these days.