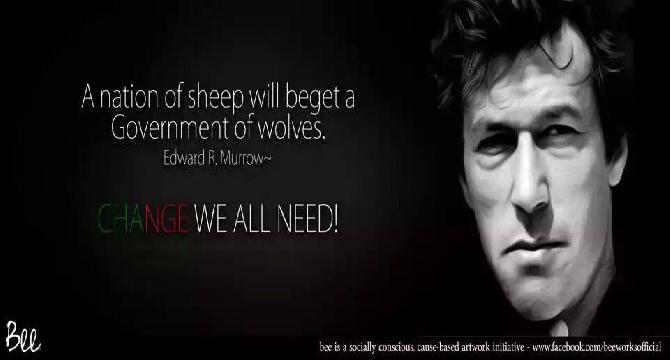 Imran Khan (change we all need)

On May 11, 2013, I voted for Pakistan Tehreek-e-Insaf because among many other reasons, a movement for justice seemed so much more than the hollow, lofty chants of Roti! Kapra! Makan! and 'Asian Tiger'; or an election manifesto built around curbing obscenity and nudity.

I had thought then, that Imran may lack political acumen and cunning; and he may just be a novice; but his integrity at least, is beyond question.

I believed that Imran, having had significant international exposure, would be able to put Pakistan on the path of progress and modernity; his international standing bridging the gap..and yes i still believe that imran khan can change the pakistani nation and he will change i still believe