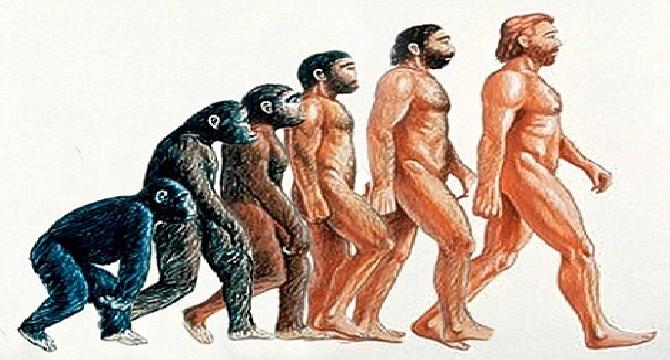 Since Darwin's time, scientist have been studying the evolution of human mans from primates. They studied human characteristic by comparing them with living primates. They studied their body parts, body shape proportions, habitats and other traits as a tool for measuring similarities and differences.
The earliest primates, the prosimians, are said to be small, tree-dwelling mammals. Their body structures were shaped by natural selection, through the environment's demands. Humans retain some traits inherent in these small, tree-dwelling primates.
Differences are brought about by adaptation. It is believed that the primates went down the trees in search for food. Their hands then evolved into something functional for operating tools rather than for gripping branches of trees. Another factor was believed to be the spaces above the trees.
There seemed to be insufficient space for too many primates. The human in three times larger than the average size of the chimpanzee's brain. It is more specialized and has many nerve cells. Because of these characteristics, the human brain's capability is increased.
However, brain size in not related to intelligence, but rather, to the ability to learn. Other characteristics of humans that will distinguish them from the other primates are their vertical-shaped face, a distinct chin, prominent nose with an elongated tip, a smaller canine teeth, and the shape and the length of all the teeth. The change in the structure of the teeth is believed to be an adaptation to new food habits acquired by humans.

According to new research of bratin universities human is not evoulated from any mamal or animal, monkey...... Now they believe that the the chromosomes of all man is originated from a single man.