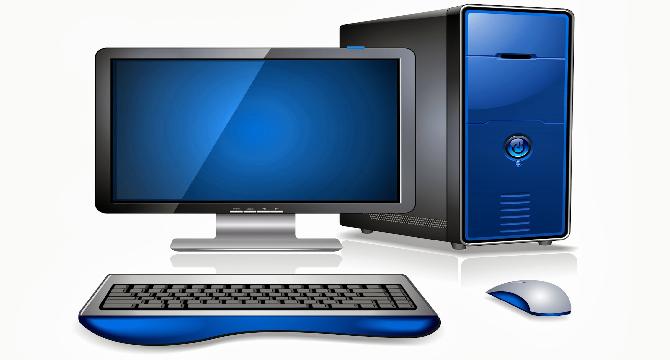 The marvel of the machine age, the electronic computer has been in use only since 1946. It can do simple computations add, subtract, multiply, and divide with lightning speed and perfect accuracy. It can multiply two 10-digit numbers in 1/1,000 seconds, a problem and paper. Some computers can work 500,000 times faster than a man.
Once it is given a "Program" that is, once it is asked a carefully worked out set of questions devised by a technician trained in computer language a computer can gather a wide range of information for many purpose. For the scientist, it can get information from outer space or from the depths of the ocean.
In business and industry, the computer prepares factory inventories, keeps track of sales trends and production needs, mail dividend checks, and makes out company payrolls.
Not only can the computer gather facts; it can also store them as fast as they are gathered and can pour them out whenever they are needed. The computer is really a high-powered "Memory" machine that has all the answers or almost all to all our questions.
Besides gathering and storing information, the computer can also solve complicated problems that once took months for people to do. For example, within sixteen hours an electronic brain name "CHEOPS" (which stands for Chemical Engineering Optimization System) was fed all the information necessary for designing a chemical plant. After running through 16,000 possible designs, it picked out the plan for the plant that would produce the most chemical for the least amount og money.
Then, it issued a printed set of exact specification. Before CHEOPS solved this problem, a team of engineers having the same information had worked for year to produce only three designs, none of which was as efficient as the computers.
At times computers seem almost human. They can "Read" hand printed letters, translate scientific papres. play chess, compise music, write plays, and even design other computers.
Today, phone calls can be taught with the help of computers. and much more. Computers can even be used to arrange peolple's romantic relationships throuh Internet Relay Chat (IRC). This system allows people to communicate with one another in real time in an electronic area called a chat room.
Even throuh they are taking over some of the tasks tha were once accomplished by our own brains, computers are not replacing us at least not yet. Our brain has 10 billion cells. A computer has only a few hundred thousand parts. For sometimes to come, then , we can safely say that our brains are least 10,000 times more complex than a computer. How we use them is for us, not the computer, to decide.