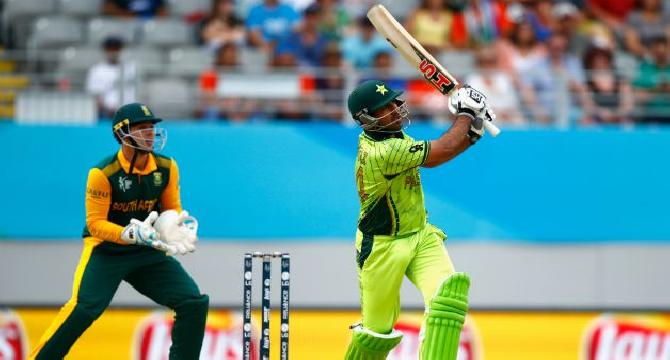 Congratulation to Sarfaraz Ahmad on his first one day Century.

It is really great time me today. Usually I do not cricket matches because it take too much time. An hour before while rolling the TV channel with remote control I just reached a sport channel I found Pakistan playing cricket match against Ireland.
When I watched that Pakistan's position is strong I decided to watch that last hour game.
The match has just ended and Pakistan has won the match. This really a happiness for all the Pakistani people given by the Pakistan cricket team in this time of misery. Thank Pakistan Cricket team.
Next match will be played against Australia on 20th of this month.
Congratulation to Sarfaraz Ahmad who made his first century of his cricket career. He really played amazingly and now I can see on TV his family and his friends are celebrating his great success.

You are right, Sarfaraz is a great addition to team Pakistan. Hope they show more better performance in the upcoming matches.

Congratulations to him. I don't really follow the sport, since I like to watch other sports. And I am welcoming him to his new team