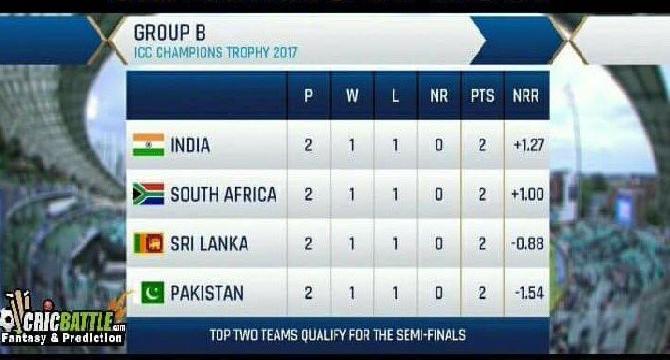 An Eye On Cricket

If you are a cricket fan it's a very special season for you as ICC Champions Trophy is underline.

England from group A is already in the semi finals and Australia will play it's must win match against England on Saturday to get it's place in semi finals . If they lose , Bangladesh is in as they defeat New Zealand in a stunning way to get that chance . In case of rain if Australia got one point, that's also enough to get them to semi finals

Hmm in group B things are not that much complicated . There in group B we have two quarter finals between 4 best teams . India will face South Africa on Sunday while Pakistan will take on Sri Lanka on Monday to play for their places in semi finals.
If rain comes in, it will have affect on teams, and run rates will come in play.

Don't forget to write about your favourite site in comment box.
.
.
.
Photo taken from SM site